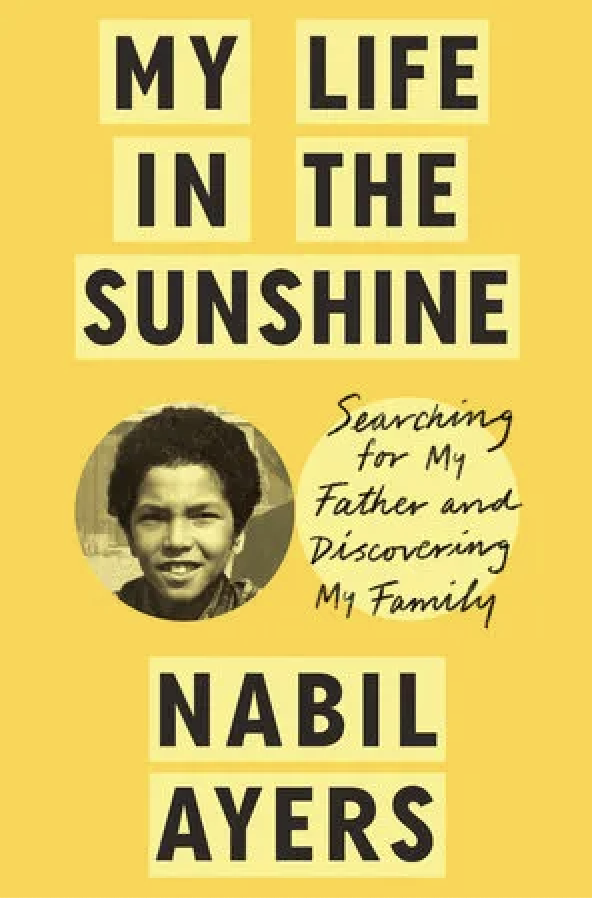 "Across a soundscape of '70s New York jazz, '90s Pacific Northwest grunge, and '00s indie rock, Nabil traces the image of his father through song. With growing fascination and heartbreak, he draws out meaning from the shadow of absence, and ultimately redefines what it means to be a family." - Michelle Zauner, New York Times bestselling author of "Crying in H Mart" and Grammy nominated musician Japanese Breakfast

Criminal Records and A Cappella Books are delighted to welcome author, musician, journalist and President of Beggars Group US Nabil Ayers for a discussion of his memoir, “My Life in the Sunshine: Searching for My Father and Discovering My Family.” Ayers will appear in conversation with TaRessa Stovall, award-winning writer and author of the book, "Swirl Girl: Coming of Race in the USA."

A memoir about one man's journey to connect with his musician father, ultimately redefining what family really means.

Throughout his adult life, whether he was opening a Seattle record store in the '90s or touring the world as the only non-white band member in alternative rock bands, Nabil Ayers felt the shadow and legacy of his father's musical genius, and his race, everywhere.

In 1971, a white, Jewish, former ballerina, chose to have a child with the famous Black jazz musician Roy Ayers, fully expecting and agreeing that he would not be involved in the child's life. In this highly original memoir, their son, Nabil Ayers, recounts a life spent living with the aftermath of that decision, and his journey to build an identity of his own despite and in spite of his father’s absence.

Growing up, Nabil only meets his father a handful of times. But Roy’s influence is strong, showing itself in Nabil’s instinctual love of music, and later, in the music industry—Nabil’s chosen career path. By turns hopeful--wanting to connect with the man who passed down his genetic predisposition for musical talent—and frustrated with Roy’s continued emotional distance, Nabil struggles with how much DNA can define a family… and a person.

Unable to fully connect with Roy, Nabil ultimately discovers the existence of several half-siblings as well as a paternal ancestor who was enslaved. Following these connections, Nabil meets and befriends the descendant of the plantation owner, which, strangely, paves the way for him to make meaningful connections with extended family he never knew existed. Despite his father's absence, Nabil, through sheer will and a drive to understand his roots, redefines what family truly is.

Nabil Ayers has written about race and music for The New York Times, NPR, Pitchfork, Rolling Stone and GQ. His memoir "My Life in the Sunshine" was published on June 7, 2022 via Viking/Penguin.

Ayers is the President of Beggars Group US, where he has run campaigns for The National, Big Thief, Grimes, Future Islands and St. Vincent, as well as reissue campaigns including Pixies’ album Doolittle which was certified Platinum in 2019.

At age 25, Ayers and his business partner opened Seattle's Sonic Boom Records store, which they sold to a longtime customer in 2016. As a drummer Ayers has performed in several bands including The Long Winters and Tommy Stinson. On his own record label, The Control Group/Valley of Search, Ayers has released music by Cate Le Bon, Lykke Li, The Killers, PJ Harvey, Patricia Brennan, and his uncle, the jazz musician Alan Braufman. Ayers lives with his wife in Brooklyn, NY.