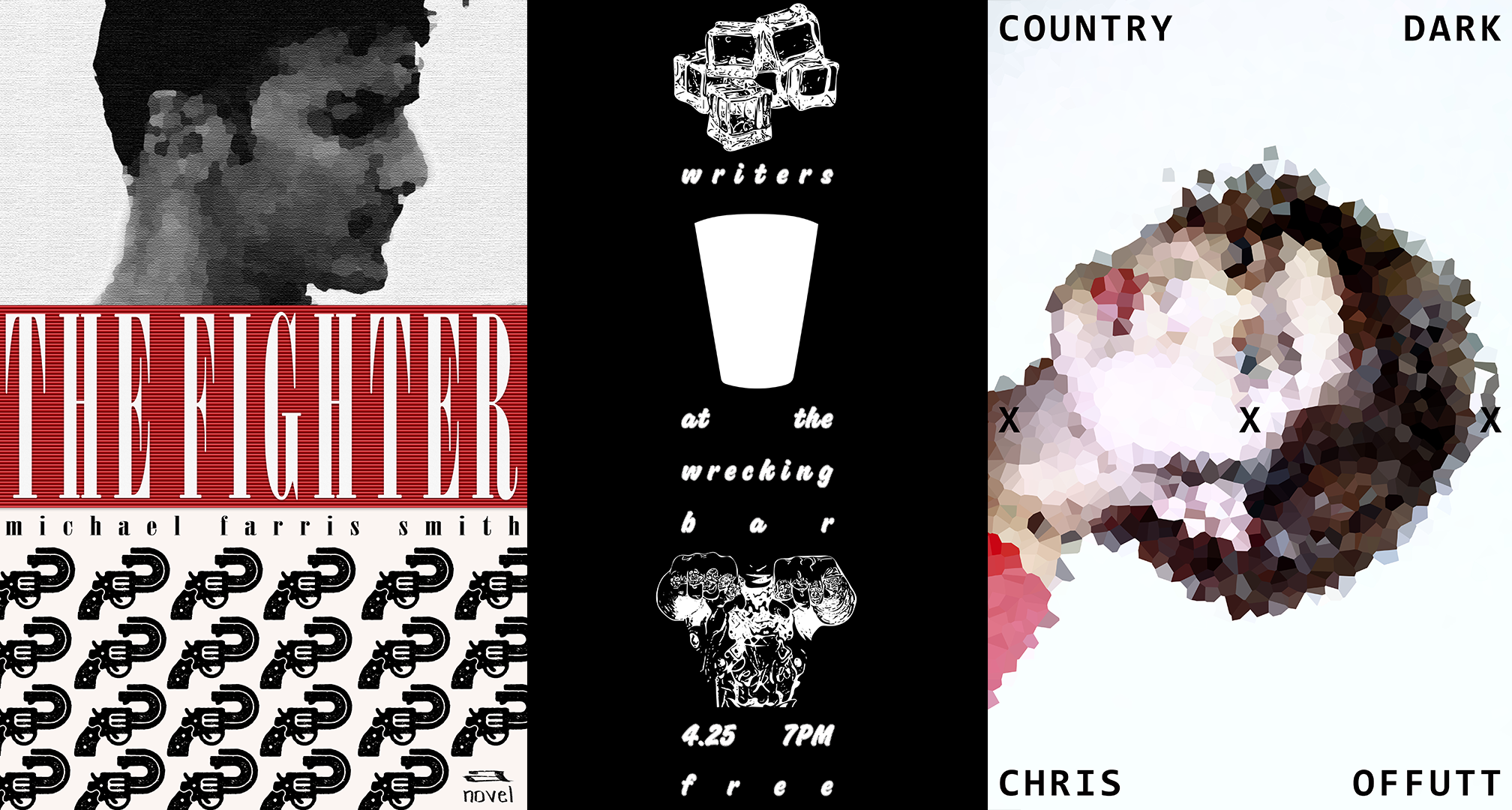 April's WWB features two of the South's most powerful storytellers, Michael Farris Smith (The Fighter) and Chris Offutt (Country Dark) in a conversation moderated by the editor of The Bitter Southerner: Chuck Reece.

The acres and acres of fertile soil, the two-hundred-year-old antebellum house, all gone. And so is the woman who gave it to Jack, the foster mother only days away from dying, her mind eroded by dementia, the family legacy she entrusted to Jack now owned by banks and strangers. And Jack's mind has begun to fail, too. The decades of bare-knuckle fighting are now taking their toll, as concussion after concussion forces him to carry around a stash of illegal painkillers and a notebook of names that separates friend from foe.

But in a single twisted night, Jack loses his chance to win it all back. Hijacked by a sleazy gambler out to settle a score, Jack is robbed of the money that will clear his debt with Big Momma Sweet--the queen of Delta vice, whose deep backwoods playground offers sin to all those willing to pay--and open a path that could lead him back home. Yet this sudden reversal of fortunes introduces an unlikely savior in the form of a sultry, tattooed carnival worker. Guided by what she calls her "church of coincidence," Annette pushes Jack toward redemption, only to discover that the world of Big Momma Sweet is filled with savage danger.

Damaged by regret, crippled by twenty-five years of fists and elbows, heartbroken by his own betrayals, Jack is forced to step into the fighting pit one last time, the stakes nothing less than life or death. With the raw power and poetry of a young Larry Brown and the mysticism of Cormac McCarthy, Michael Farris Smith cements his place as one of the finest writers in the American literary landscape.

ABOUT COUNTRY DARK
Chris Offutt is an outstanding literary talent, whose work has been called “lean and brilliant” (New York Times Book Review) and compared by reviewers to Tobias Wolff, Ernest Hemingway, and Raymond Carver. He’s been awarded the Whiting Writers Award for Fiction/Nonfiction and the American Academy of Arts and Letters Fiction Award, among numerous other honors. His first work of fiction in nearly two decades, Country Dark is a taut, compelling novel set in rural Kentucky from the Korean War to 1970.

Tucker, a young veteran, returns from war to work for a bootlegger. He falls in love and starts a family, and while the Tuckers don’t have much, they have the love of their home and each other. But when his family is threatened, Tucker is pushed into violence, which changes everything. The story of people living off the land and by their wits in a backwoods Kentucky world of shine-runners and laborers whose social codes are every bit as nuanced as the British aristocracy, (Country Dark is a novel that blends the best of Larry Brown and James M. Cain, with a noose tightening evermore around a man who just wants to protect those he loves. It reintroduces the vital and absolutely distinct voice of Chris Offutt, a voice we’ve been missing for years.