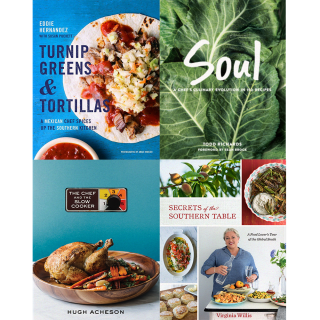 The American South has a culinary heritage that is as rich, flavorful, and idiosyncratic as a family gumbo recipe. it’s no wonder that the region has spawned some of the nation’s most iconic chefs, each with a distinct philosophy behind their cooking. Join us for this panel discussion with chefs Hugh Acheson, Eddie Hernandez, Todd Richards, and Virginia Willis, all with exciting new cookbooks that push the bounds of how we think about Southern cooking, “comfort food,” and beyond.

Hugh Acheson is the chef/owner/partner of restaurants 5&10 and The National in Athens, Georgia, and restaurants Empire State South, Achie’s, and coffee shop Spiller Park Coffee, here in Atlanta. He starred as a judge on Top Chef seasons 9 thru 13, and he was anointed the “Best Chef Southeast” by the James Beard Foundation. His latest cookbook, The Chef & The Slowcooker, was released in the fall of 2017.

Eddie Hernandez came to the U.S. from Mexico speaking no English. More than 30 years later, he is the executive chef and business partner of Taqueria del Sol, and has thus been responsible for some of the most popular and exciting food in Georgia and Tennessee. His cookbook, Turnip Greens & Tortillas, explores the commonalities of Southern and Mexican food.

Todd Richards is an award-wining chef known for his contemporary cooking style rooted Soul and Southern cuisine. His most recent restaurant, Richard’s Southern Fried, has been named a Best New Restaurant of 2017 by the Atlanta Journal-Constitution. His new cookbook is titled SOUL: A Culinary Evolution in 150 Recipes.

French-trained and born and raised in Georgia, Virginia Willis is one of the most respected names in the region’s cuisine and culture. Her new cookbook, Secrets of the Southern Table: A Food Lover’s Tour of the Global South, showcases Willis’s travels to 11 states in eight months across four seasons, during which she interviewed and photographed a wide variety of Southern farmers, picklers, fishermen, and cooks.

Kim Severson has been the Atlanta bureau chief for the the New York Times since November 2010. Before her recent appointment, she was a dining writer for the New York Times for six years. She also spent six years writing about cooking and the culture of food for the San Francisco Chronicle. She has won four James Beard awards for food writing.

A Q & A, book signing, and dessert reception, featuring desserts from all four cookbooks, will follow the author talk. Books will be available for purchase from the official bookseller of the Book Festival of the MJCCA, A Cappella Books. 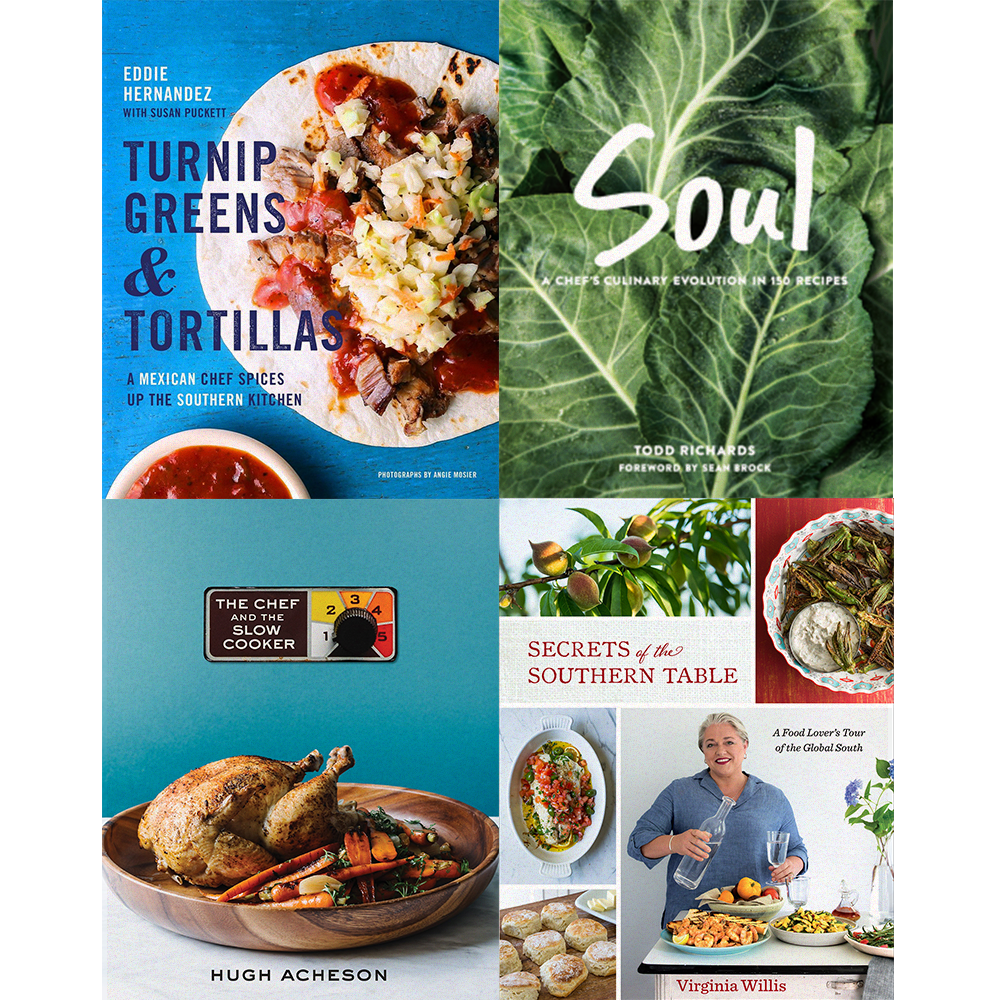