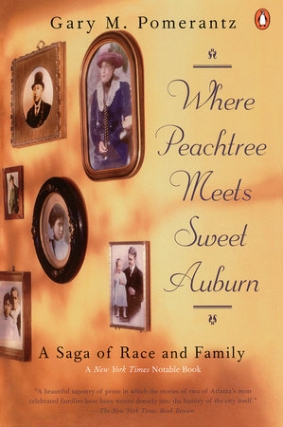 "A fascinating tale of two cities told through the rise of two of Atlanta's most illustrious political families...highly significant in what it reveals about ambition, hard work, success, and race relations."—David Levering Lewis.

Gary M. Pomerantz is an author and journalist and serves as a visiting lecturer in the Department of Communication at Stanford University. His first book, Where Peachtree Meets Sweet Auburn, was named a 1996 Notable Book of the Year by The New York Times. He also earned acclaim for Nine Minutes; Twenty Seconds; and Wilt, 1962. A graduate of the University of California, Berkeley, Pomerantz lives in the San Francisco Bay Area with his wife and their three children.