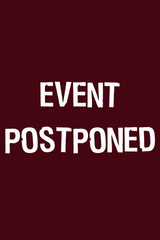 Due to Wednesday's "National Day of Mourning," David Priess's event will not happen as planned. We hope to reschedule this reading and signing for sometime in January. Thanks for your understanding.

Political scientist and former CIA intelligence briefer David Priess will read and sign copies of this vivid political history of the schemes, plots, maneuvers, and conspiracies that have attempted--successfully and not--to remove unwanted presidents

To limit executive power, the founding fathers created fixed presidential terms of four years, giving voters regular opportunities to remove their leaders. Even so, Americans have often resorted to more dramatic paths to disempower the chief executive. The American presidency has seen it all, from rejecting a sitting president's renomination bid and undermining their authority in office to the more drastic methods of impeachment, and, most brutal of all, assassination.

"How to Get Rid of a President" showcases the political dark arts in action: a stew of election dramas, national tragedies, and presidential departures mixed with party intrigue, personal betrayal, and backroom shenanigans. This briskly paced, darkly humorous voyage proves that while the pomp and circumstance of presidential elections might draw more attention, the way that presidents are removed teaches us much more about our political order.

David Priess is the author of "The President's Book of Secrets: The Untold Story of Intelligence Briefings to America's Presidents." He has a Ph.D. in Political Science from Duke University and served at the CIA during the presidencies of Bill Clinton and George W. Bush as an intelligence officer, manager, and daily intelligence briefer and at the State Department. Priess writes, speaks, and appears often on broadcast media about the presidency and national security.