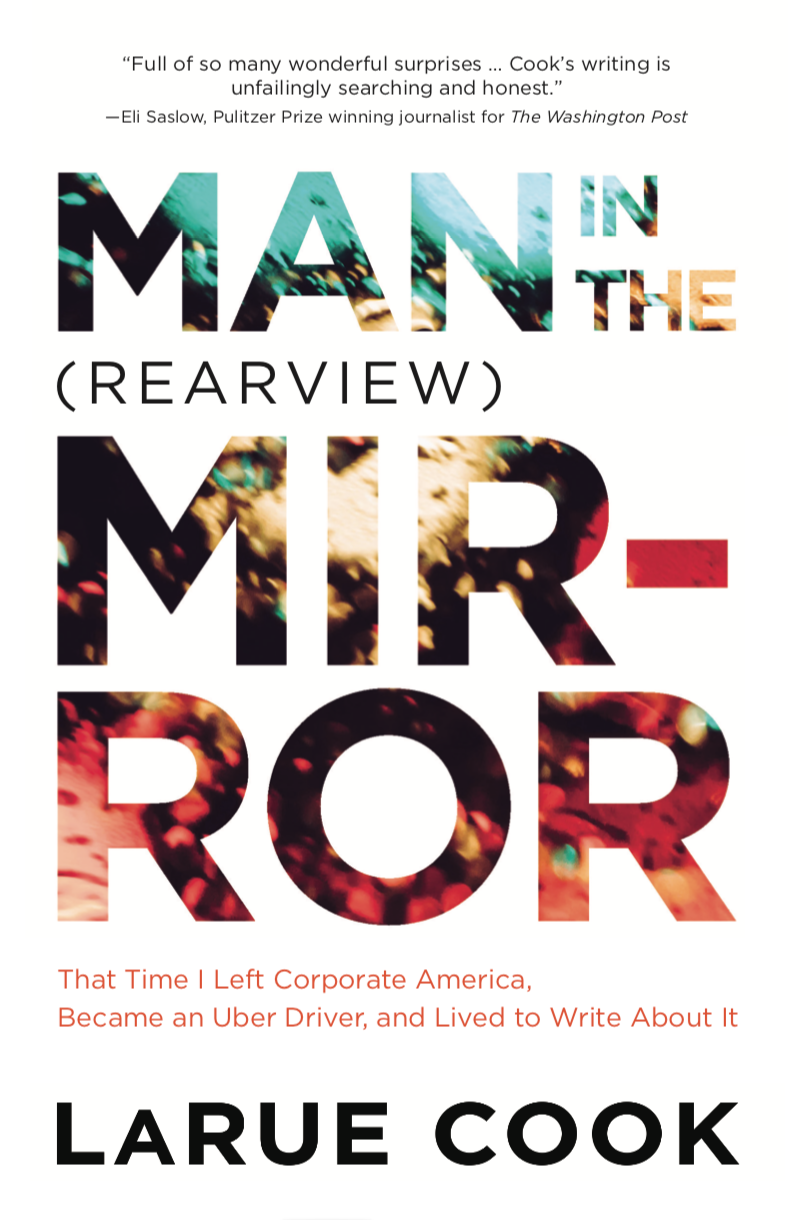 As American identity becomes increasingly fractured, LaRue Cook takes us on a deeply personal journey of self-discovery by a former corporate sports-editor-turned-Uber driver.

At the age of 30, Cook thought he had achieved the "American Dream"--a cushy job at ESPN; a long-term relationship; friendship and respect from his colleagues within the cutthroat industry of sports media. Still, he felt troubled and restless, attempting in vain to live up to the journalistic legacy of his late father, the man whose early death he'd never reconciled.

And so he left. He moved from Connecticut back to his native Tennessee, hoping to find solace in the place where he'd first found meaning as a writer. To help pay the bills, he started driving for Uber and found himself looking in the rearview mirror, sharing stories with people across race and class, gender and ethnicity--all while the United States experienced one of the most polarizing presidential elections in its history.

Part voyeuristic, part inspirational, sometimes hilarious, always thoughtful and probing, "Man in the (Rearview) Mirror" is a book about learning how to love yourself at a time in America when it is often too easy to hate. With compassion for his passengers and himself, Cook carefully navigates us to a place of forgiveness, patience, and, hopefully, peace.

LaRue Cook grew up in Kingston, Tenn., about 30 miles west of Knoxville, and earned his bachelor's degree in journalism from the University of Tennessee in 2007. He set out for New York City to become a famous writer. Instead, he became a decent editor, ultimately landing in Bristol, Connecticut, where he rose to senior editor for ESPN The Magazine and ESPN.com.

In January 2016, at 30, Cook left ESPN and returned to Knoxville to become an Existential Mess. To help pay the bills, he drove for Uber and Lyft and put his MFA from Fairfield University to use writing short stories. Cook's fiction has appeared in Noctua Review, Washington Square Review, and Barely South Review, among other places, while his nonfiction has appeared in such publications as ESPN The Magazine, The Bitter Southerner, and Readers’s Digest.

Cook is now a Ph.D. student in creative writing at Georgia State University, where he also teaches English composition and intro to fiction writing. He still drives for Uber and Lyft in Atlanta.