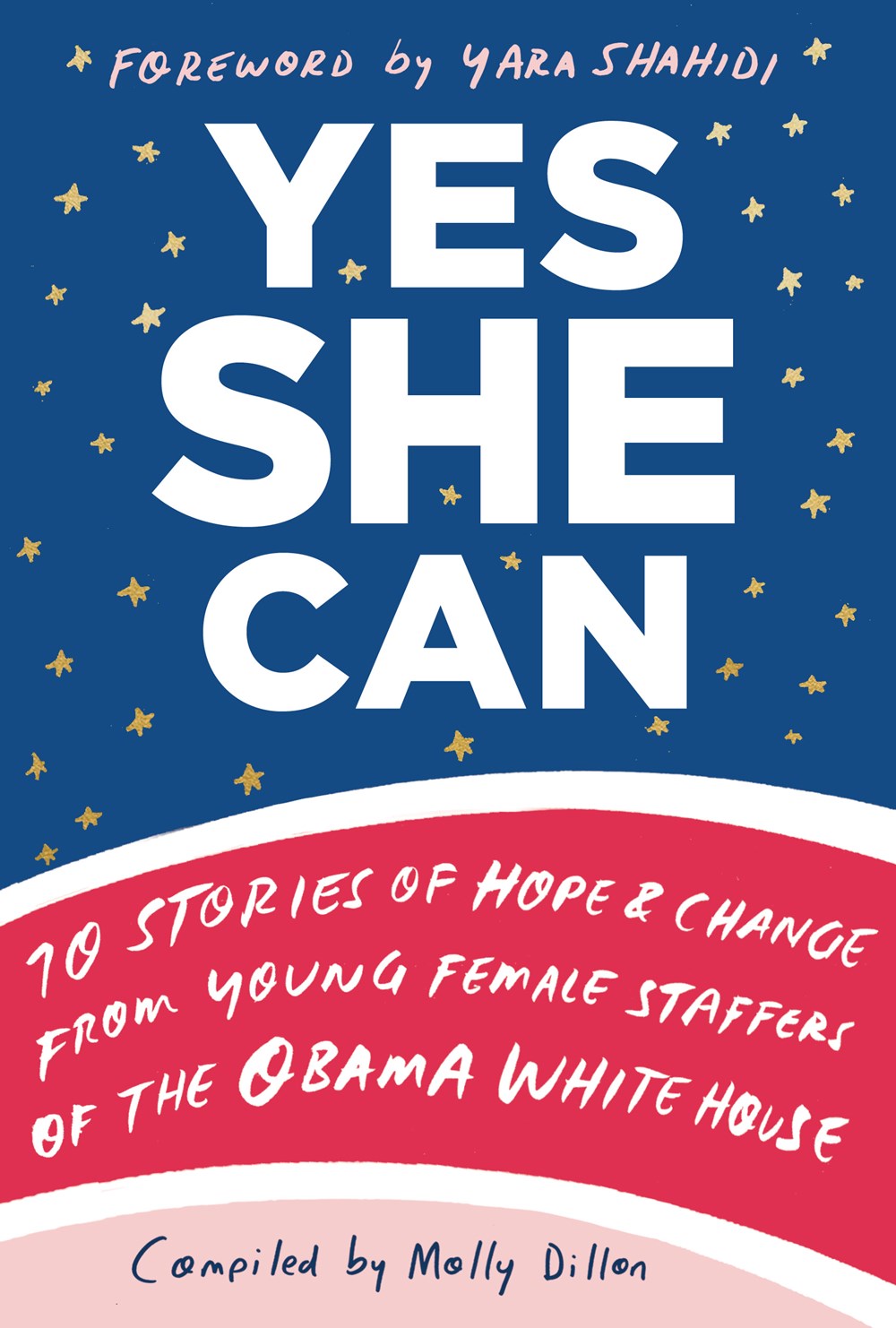 Contributors Jenna Brayton, Molly Dillon, Elle Celeste, and Taylor Lustig will discuss their new book "Yes She Can: 10 Stories of Hope & Change from Young Female Staffers of the Obama White House" at the Carter Library.

They were teens when Barack Obama announced he was running for president. They came of age in the Obama Era. And then they joined his White House. Smart, motivated, ambitious—and ready to change the world.

Kalisha Dessources Figures planned one of the biggest summits held by the Obama White House—The United State of Women. Andrea Flores fought for the president’s immigration bill on the Hill. Nita Contreras traveled the globe and owned up to a rookie mistake on Air Force One (in front of the leader of the free world!).

Here are ten inspiring, never-before-told stories from diverse young women who got. Stuff. Done. They recall—fondly and with humor and a dose of humility—what it was like to literally help run the world.

"Yes She Can" is an intimate look at Obama’s presidency through the eyes of some of the most successful, and completely relatable, young women who were there. Full of wisdom they wish they could impart to their younger selves and a message about the need for more girls in government, these recollections are about stepping out into the spotlight and up to the challenge—something every girl can do.

Molly Dillon served in the White House from 2013 - 2017 in the Domestic Policy Council’s Office of Urban Affairs, Justice and Opportunity. In her most recent role there as a Policy Advisor, she focused on civil rights policy, including criminal justice reform, LGBTQ rights, women’s equality, voting rights, human services, housing, labor, economic mobility, and urban communities. She previously served as an intern and a Policy Assistant in the same office.

Originally from Highland Park, Illinois, she graduated Phi Beta Kappa with a bachelor’s degree in sociology from Johns Hopkins University and holds a master’s degree in public policy from the Georgetown University McCourt School of Public Policy. After the Administration, Molly served as a Senior Policy Advisor in the Office of the New York Governor. She is currently the Community Curator and Manager of Programming for an international philanthropic foundation. Dillon currently resides in New York, NY.