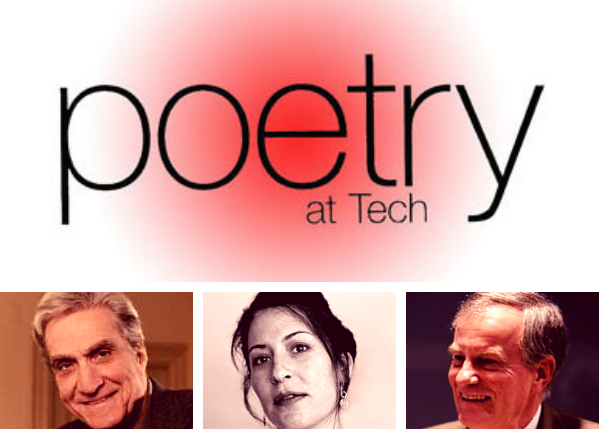 This event is free and open to the public. A Cappella will have copies of the featured readers' published poetry collections for sale.

As Poet Laureate, Robert Pinsky founded the Favorite Poem Project, in which thousands of Americans — of varying backgrounds, all ages, and from every state — shared their favorite poems. The project’s videos, giving voice to the American audience for poetry, demonstrates that, contrary to stereotype, poetry had a vigorous presence in the American cultural landscape. The anthology Americans' Favorite Poems, which includes letters from project participants, is in its 18th printing. A more recent anthology, An Invitation to Poetry, comes with a DVD featuring the FPP video segments, including videos sponsored by the Poetry Foundation. In 2013 WW Norton published Singing School: Learning to Read (and Write) Poetry by Studying with the Masters, a unique combination anthology, personal essay and textbook. His next edited collection will be The Mind Has Cliffs of Fall: Poetry at the Extremes of Feeling (Norton, October 22, 2019).

Elegant and tough, vividly imaginative, Pinsky’s poems have earned praise for their wild musical energy and range. Selected Poems (FSG, 2011) is a collection that spans his career. His The Figured Wheel: New and Collected Poems 1966-1996 was a Pulitzer Prize finalist. Pinsky often performs his poems with eminent jazz musicians, in venues ranging from schools and universities to jazz clubs. His CDs PoemJazz and PoemJazz II House Hour, with Grammy-winning pianist Laurence Hobgood, were released by Circumstantial Productions.

Robert Pinsky’s landmark, best-selling translation of The Inferno of Dante received the Los Angeles Times Book Award and the Howard Morton Landon Prize for translation. He is also co-translator of The Separate Notebooks, poems by Nobel Prize winner Czeslaw Milosz. Pinsky’s prose book, The Life of David, is a lively retelling and examination of the David stories, narrating a wealth of legend as well as scripture. Pinsky also wrote the libretto for Tod Machover’s opera Death and the Powers: A Robot Pageant, which premiered in Monaco in fall 2010. His book, Selected Poems, was published by Farrar Strauss & Giroux in spring of 2011. He was editor of The Best of the Best American Poetry, the twenty-fifth volume of the popular Best American Poetry series. In March – June 2013, the Shakespeare Theatre Company performed his newly commissioned adaptation and translation of Friedrich Schiller’s Wallenstein. His newest book of poetry is At the Foundling Hospital (FSG, October 2016).

Robert Pinsky is the only member of the American Academy of Arts and Letters to have appeared on “The Simpsons” and “The Colbert Report.” For years a regular contributor to PBS’s The NewsHour, he publishes frequently in magazines such as The New Yorker, The Atlantic Monthly, The Threepenny Review and The Best American Poetry anthologies. Pinsky is also the winner of the PEN/Voelcker Award, the William Carlos Williams Prize, the Lenore Marshall Prize, Italy’s Premio Capri, the Korean Manhae Award and the Harold Washington Award from the City of Chicago. He teaches in the graduate writing program at Boston University. In 2015 Boston University named Robert Pinsky a William Fairfield Warren Distinguished Professor, which is the highest honor bestowed on senior faculty members actively involved in research, scholarship, and University civic life, and teaching.

Tech BIE, Harvard MBA, exchange student at the Technische Hochschule in Hannover, Germany, and a Lieutenant, USN, on the staff of the Assistant Secretary of Defense, H. Bruce McEver founded Berkshire Capital Corporation in l983, pioneering the concept of providing independent merger, acquisition, and strategic advisory services for investment managers and securities firms. Bruce came to BCC from Paine Webber Group, Inc., where he served as Assistant to the Chairman after Paine Webber acquired Blyth Eastman Dillon, Inc., where he was Vice President for mergers and acquisitions. McEver began his career as a venture capital analyst at Bessemer Securities, Inc., and prior to that was Assistant Vice President, Corporate Finance, at Chemical Bank. A member of the Board of Directors of the Connecticut Chapter of the Nature Conservancy, Bruce is a dedicated conservationist, a passion he demonstrates firsthand in preservation efforts on behalf of natural woodlands, beginning at home on his own 'Utopia Farm' in Salisbury Connecticut. "While industrious and ambitious, a corporate man, he is a great listener, an introspective, quiet, gentle soul--qualities that rarely exist side by side in one person," says longtime friend Jean Robertson, wife of Bruce's Tech roommate, John Robertson.

Bruce started writing in workshops in New York City with Hugh Seidman, Pearl London, Katha Pollitt, Brooks Haxton, David Lehman, and J.D. McClatchy. He has taken writing seminars at Sarah Lawrence College with Thomas Lux and Kevin Pilkington and, most recently, was a summer residency student at the M.F.A. Program for Writers at Warren Wilson College, where he worked with Stephen Dobyns. His poems have appeared in Ploughshares, Westview, The Berkshire Review, The Cortland Review, The Connecticut River Review, The Chattahoochee Review, and The Atlanta Review . He works in New York City and lives in Salisbury, Connecticut on Utopia Farm.