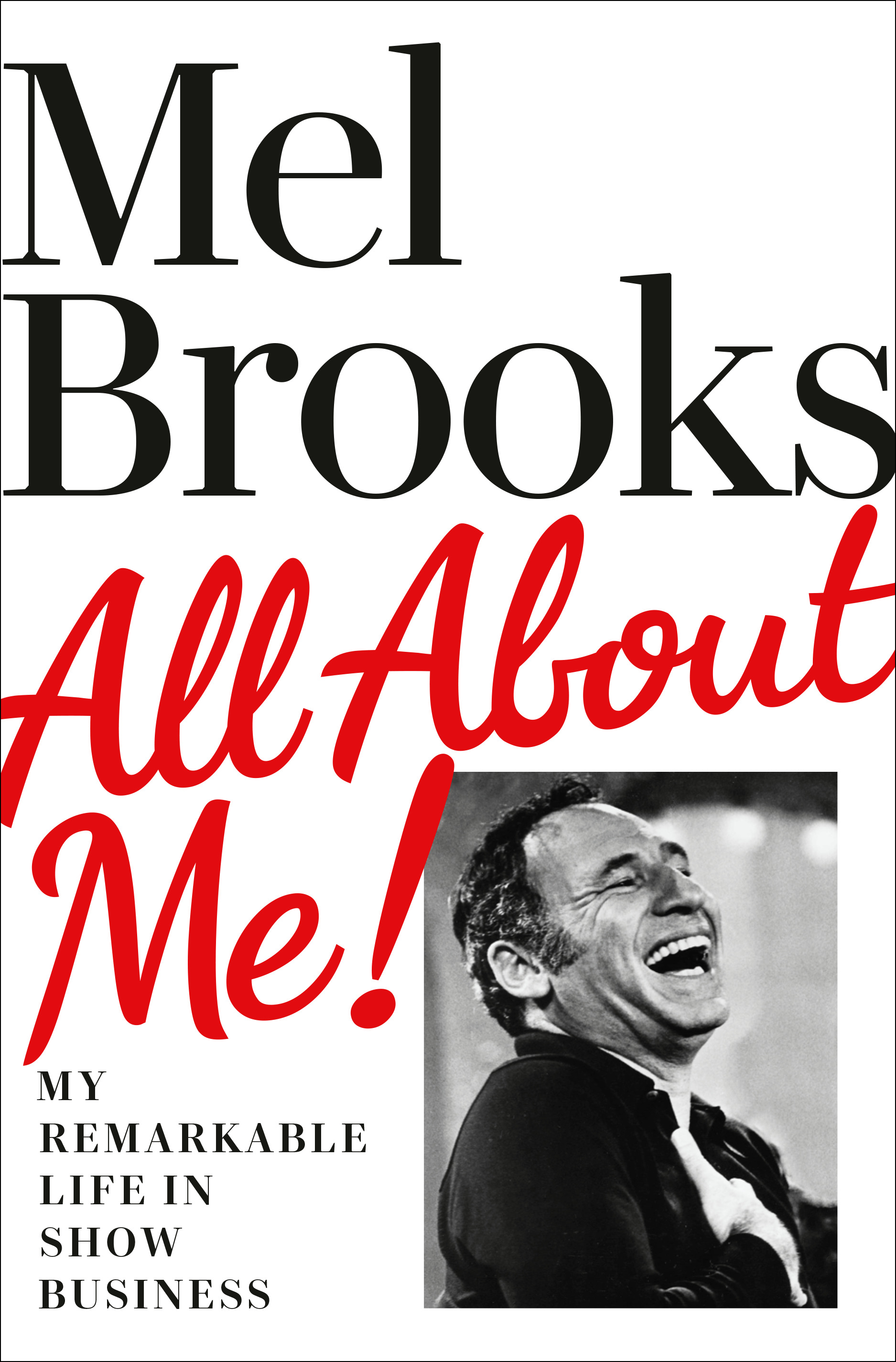 At 95, the legendary Mel Brooks continues to set the standard for comedy across television, film, and the stage. Now, for the first time, this EGOT (Emmy, Grammy, Oscar, Tony) winner shares his story in his own words.

The Marcus Jewish Community Center of Atlanta proudly welcomes the iconic entertainer for a special virtual event to celebrate the release of his new memoir, “All About Me!: My Remarkable Life in Show Business,” on Sunday, December 12, 2021, at 7:30 PM (EST).

This program will be prerecorded; all viewer questions will be solicited in advance.

Presented in partnership with the National JCC Literary Consortium and The Temple Emanu-El Streicker Center.

Tickets include a hardcover copy of “All About Me!”

For anyone who loves American comedy, the long wait is over. Here are the never-before-told, behind-the-scenes anecdotes and remembrances from a master storyteller, filmmaker, and creator of all things funny.

”All About Me!” charts Mel Brooks’s meteoric rise from a Depression-era kid in Brooklyn to the recipient of the National Medal of Arts. Whether serving in the United States Army in World War II, or during his burgeoning career as a teenage comedian in the Catskills, Mel was always mining his experiences for material, always looking for the perfect joke. His iconic career began with Sid Caesar’s ”Your Show of Shows,” where he was part of the greatest writers’ room in history, which included Carl Reiner, Neil Simon, and Larry Gelbart. After co-creating both the mega-hit “2000 Year Old Man” comedy albums and the classic television series ”Get Smart,” Brooks’s stellar film career took off. He would go on to write, direct, and star in ”The Producers,” “The Twelve Chairs,” “Blazing Saddles,” “Young Frankenstein,” “Silent Movie,” “High Anxiety,” and ”Spaceballs,” as well as produce groundbreaking and eclectic films, including ”The Elephant Man,” “The Fly,” and ”My Favorite Year.” Brooks then went on to conquer Broadway with his record-breaking, Tony-winning musical, ”The Producers.”

”All About Me!” offers fans insight into the inspiration behind the ideas for his outstanding collection of boundary-breaking work, and offers details about the many close friendships and collaborations Brooks had, including those with Sid Caesar, Carl Reiner, Gene Wilder, Madeleine Kahn, Alfred Hitchcock, and the great love of his life, Anne Bancroft.

Filled with tales of struggle, achievement, and camaraderie (and dozens of photographs), readers will gain a more personal and deeper understanding of the incredible body of work behind one of the most accomplished and beloved entertainers in history.

Mel Brooks, director, producer, writer, and actor, is an EGOT—one of the few entertainers in an elite group to earn all four major entertainment prizes: the Emmy, the Grammy, the Oscar, and the Tony. His career began in television writing for ”Your Show of Shows,” after which he helped create the TV series ”Get Smart.” He and Carl Reiner wrote and performed the “2000 Year Old Man” Grammy-winning comedy albums. Brooks won the Oscar for Best Original Screenplay for his first feature film, ”The Producers.” Many hit comedy films followed including ”The Twelve Chairs,” “Blazing Saddles,” “Young Frankenstein,” “High Anxiety,” “History of the World Part I,” “To Be or Not to Be,” “Spaceballs,” and ”Robin Hood: Men in Tights.” His film company, Brooksfilms Limited, produced critically acclaimed films such as ”The Elephant Man,” “Frances,” “My Favorite Year” and ”84 Charing Cross Road.” In 2009 Mel Brooks was a Kennedy Center Honoree, recognized for a lifetime of extraordinary contributions to American culture. In 2013 he was the forty-first recipient of the AFI’s Life Achievement Award. In 2016 Mr. Brooks was presented with the National Medal of Arts by President Obama.