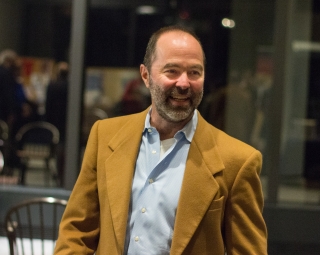 Frank Reiss started in the antiquarian book business at San Francisco's Acorn Books in the early 1980s. His favorite writers include Charles Portis, Flannery O'Connor, Philip Roth, Wendell Berry, and Nathanael West. His interest in ancient Greece and Rome, ancient country music, and ancient baseball are reflected on the shelves of A Cappella Books. A past president of the Georgia Antiquarian Booksellers Association, Frank has written book reviews and commentary on book-related issues for the San Francisco Examiner, The Atlanta Journal-Constitution, and Paste Magazine and has conducted author interviews for Georgia Public Broadcasting. 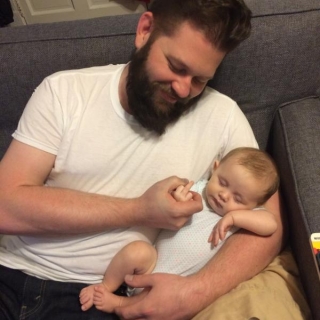 Due to various pharmaceuticals and the recent acquisition of a human child, Chris Fanning's reading habits as of late have been sporadic at best and non-existent at worst. However, he still manages to take in a few pages here and there. Steinbeck, Twain, Poe, and Wilde are among his favorite authors, but, lest you think him a curmudgeon, he also enjoys more current writers including Salman Rushdie, Chang-rae Lee, Colum McCann, and various wordsmiths in the fields of linguistics, urban planning, and cartography. When he's not at the store, he enjoys polo, speedboat racing, and spending time at his summer
home in Vermont. 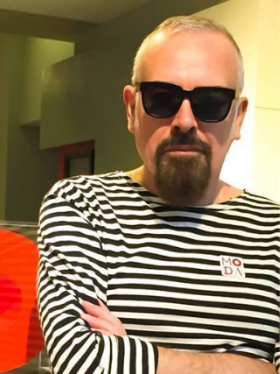 Chris Buxbaum hails from London, England. Seduced by The Beats, he blagged his way to America in the '80s and was immediately disappointed by what he saw. He has existed in the somewhat murky artistic underground since then, co-owning Atlanta's first truly alternative video store, "Blast Off," and the atmospheric art gallery "Boho Luxe." When he is not busy being A Cappella's offsite event organizer, he can be found behind a
camera. His latest show, "Transformers," was a collection of hyperreal pictures of the city's finest drag queens. Favorite writers include: Kerouac, Burroughs, Murikami, Jeanette Winterson and Denis Johnson, but his most indelible influences come from the early English glam and punk scene, of which he was an integral part. 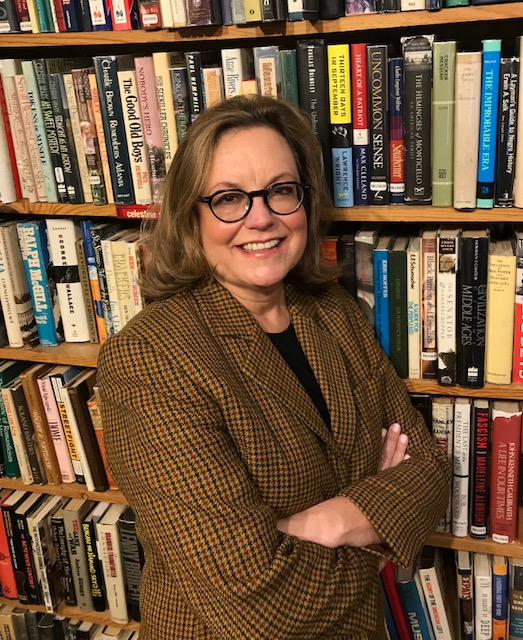 At age 9, Emmy chose to buy a Nancy Drew mystery for $1.00 rather than the rad corduroy clutch purse that, for some strange reason, was on sale at a movie theater. Emmy will absolutely talk about any subject to anyone; she also writes the weekly newsletter, so don't hesitate to tell Frank if you like it. If you don't like it, silence is golden. Proud mother (an anomaly, of course) of three adult children, all avid readers, Emmy now agrees that reading aloud All Quiet On the Western Front when they were kindergartners and younger was probably not the best choice of a bedtime tale. 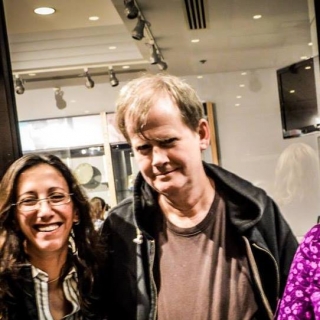 In the not really so distant past, Glen Thrasher spent his time making music, publishing fanzines, organizing noise festivals, and spinning records at college radio stations. More recently, he spends most of his time working at some little book store just trying to survive while causing the least suffering possible. All the while, he gets louder and angrier and more radical in his thinking. This is not the way it is supposed to go as a fellow reaches his declining years, but they know what they can do if they can't take a joke. Glen's reading list continues to get likewise louder, etc. and recently includes Cornelius Castoriadis, James Howard Kunstler, Percival Everett, Jeffrey St. Clair, Ward Churchill, William Blum, Alfred F. Young, C.L.R. James, James Boggs, Walter Rodney, Dave Dellinger, I.F. Stone, Regis Debray, and always such masters as Joyce, Kafka, Borges, and Nabokov. 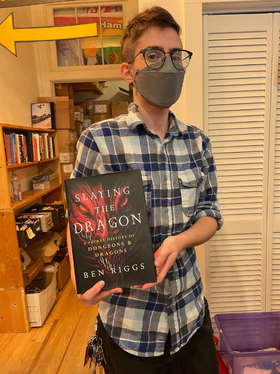 Onyew loves food, poetry, and making people laugh. She's happily been at A Cappella Books since she graduated in 2015 from GSU with a B.A. in English- Creative Writing. She hosts open mic nights at Hi-Lo Press and is always working on creative projects with her peers. In an unexpected turn of events, she has decided to go to law school, where she can hopefully learn how to contribute more to those in need of help. It's probably not the last thing she'll do, though, as she's always coming up with new ideas. Maybe she'll open a bar, or teach, or go back to school for an M.F.A. and write a book,or fall victim to a pyramid scheme. Maybe all of the above? We'll just have to wait and see.

Samantha moved from California to Atlanta to attend Agnes Scott College, and except for a three-year hiatus to get her M.F.A. from Texas State University, she has stayed right here. She enjoys fiction, mostly character-driven contemporary novels and crime, but also enjoys memoir, essay collections, and poetry. When not reading, daydreaming, and finding new ways to procrastinate, she is writing. She has published stories and essays in Electric Literature, The Common, Ellery Queen’s Mystery Magazine, and is at work on a novel. 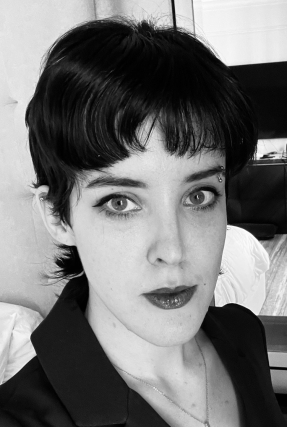 Not surprisingly, books are Laura Keys' passion-- reading them, handling them, stacking them up for the next rainy afternoon, talking about them. One of her favorite things to do is opening a box of books; each box is a present. A Cappella is the third book shop with which she's been associated, and she hasn't gotten over her book fever yet. (She thinks it must be a chronic condition.) 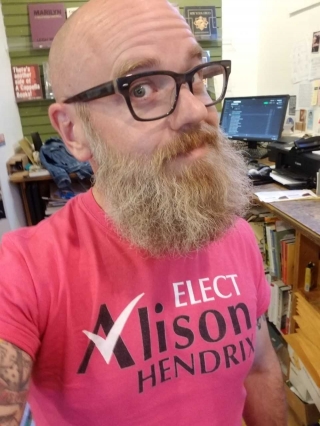 Run down the list of names on the literary canon and it's fairly likely Matt Nixon has never read them. Faulker, Hemingway, Woolfe, O'Connor? Not yet. Nope. No. Uh-uh. Kafka, Joyce, Tolstoy and Dostoyevsky, Austen? Nein. No. Nyet. I'm sorry, but no. Proust, Steinbeck, Marquez, Bradbury, Bronte…the list could go on.

This gap is attributable to the poor state of literary education offered by the public schools of Pineville, LA in the 1980s, and Matt's predisposition for the new, the odd, the difficult, and the diverse. A passionate bookseller who's never read "the classics," Matt does, however, read like a shark: insatiably, always moving forward. New and newish literary fiction mostly comprise his wheelhouse, though he carves out significant space in his reading diet for non-fiction.

Lately, he's fallen behind the newest of the new, as his reading time is mostly consumed with the books from the three book clubs for fiction he leads for A Cappella. But, rest assured, if you're looking for a terrific new read, Matt is your guy. He's either read it or has read reviews of it or gotten feedback on it from his bookseller friends.

A full-time writer for Georgia State University and parent of two, Matt blocks out time and seizes stolen moments to read. While being a bookseller is part-time, it is undertaken with a whole heart. Matt's greatest satisfaction is putting a book he loves into someone's hands and having them love it back.

For much of her youth, Ari's favorite book would have been one of a few dictionaries; when she was twelve, she would write a new story every day using ten newly discovered words (this exercise was her father's assignment, but she made it her own). Due to a profound turn of events involving a 100th anniversary edition of W.E.B. DuBois's The Souls of Black Folk and the first day of high school, Ari became engrossed in the questions, concepts, and works of 20th century philosophers like Jean-Paul Sartre and Frantz Fanon, and later, of more foundational modern figures as Friedrich Nietzsche and Karl Marx. At present, she is a fan of short stories (especially of a speculative nature), European philosophy (particularly in the lineage of Marx, Nietzsche, and Freud), and essays of artistic and cultural criticism; some of her favorite writers include Walter Benjamin, Jorge Luis Borges, Susan Sontag, Gilles Deleuze, and Thomas Ligotti. After years of searching the bookshelves at A Cappella, one can now find Ari behind the counter, working diligently so as not to become overwhelmed by the unfathomable infinity of words she hasn't been able to read yet.