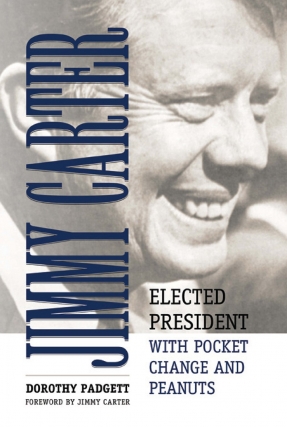 How does a peanut farmer become Governor of Georgia and President of the United States? Only in America could such a story be true. As a small child, Jimmy Carter set his sights on the United States Naval Academy. When Carter left the Navy, he returned with his young family to the fields of the family farm in Plains, Georgia. Not satisfied with the climate of injustice he witnessed in his daily life, Carter sought a political career and was elected state senator in 1962 and again in 1964. He successfully won the 1970 campaign for Governor of Georgia. In 1975, Carter announced he would run for President. In 1976, Carter was elected the 39th President of the United States and served one term. Since leaving office, Carter has not stopped working on behalf of not just Americans, but for people worldwide. While the basics of his story are well known, they have never been told from the perspective of a "soldier" in the Peanut Brigade. Dorothy Padgett, with an earthy, honest, and Southern voice, tells the story as if new to all of us. Humor and insight abound in this direct telling of how a peanut farmer from Georgia became President and leader of the United States. The secret is in his character, his morality, and in his being truly human.

A Cappella Books will have copies of Jimmy Carter: Elected President with Pocket Change & Peanuts available for purchase and signing following the program. This event is free and open to the public.