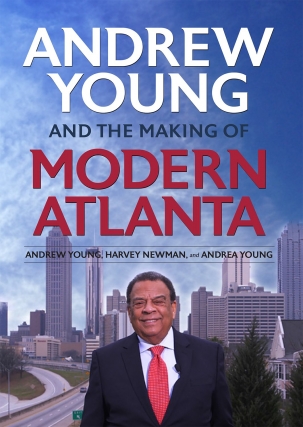 Andrew Young and the Making of Modern Atlanta tells the story of the decisions that shaped Atlanta's growth from a small, provincial Deep South city to an international metropolis impacting and influencing global affairs. When Mayor William Hartsfield coined the term "City too Busy to Hate" in the 1950s, who would have imagined that within fifty years Atlanta would have the world's busiest airport, rank as the eighth largest metropolitan area in the United States or, that this once racially-segregated city would host the Centennial Olympic Games and play host to the world in 1996? Andrew Young arrived in Atlanta in 1961 and has played a key role in Atlanta's development ever since--in the Civil Rights Movement, as the city's representative in Congress, and as Mayor. The authors have woven this perspective with archival material, media accounts, and the reflections of scores of other key elected officials, community, business, and civic leaders, and civil servants on the making of modern Atlanta.

A Cappella Books will have copies of Andrew Young and the Making of Modern Atlanta available for purchase and signing following the program. This event is free and open to the public.