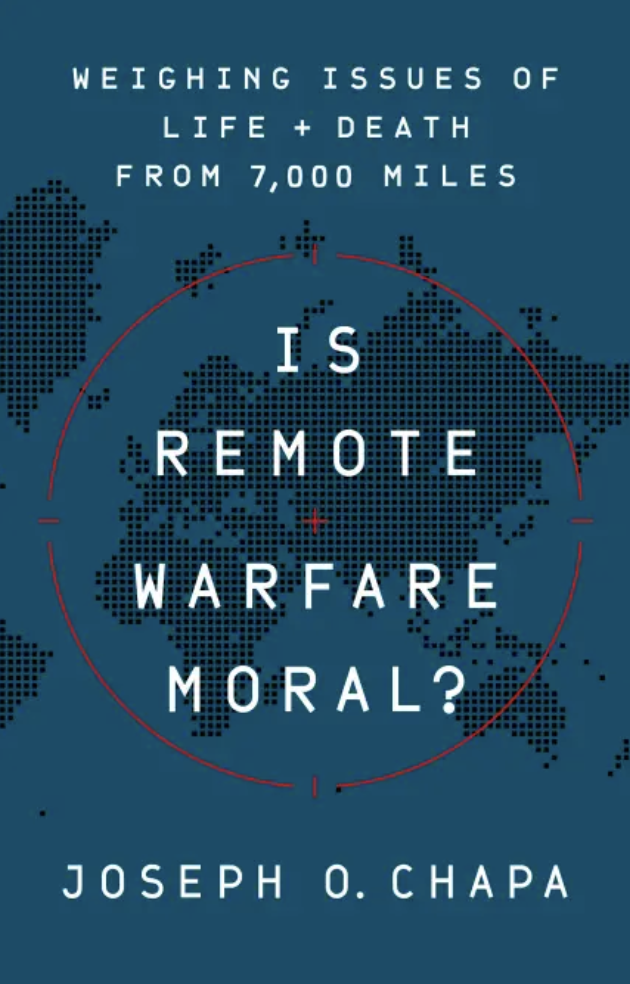 An author with unique credentials of moral philosopher, Predator pilot, and Air Force officer probes the burning issue of remote warfare: is it the right thing to do and, if so, why?

The Jimmy Carter Presidential Library and A Cappella Books welcome author and Air Force Officer Joseph Chapa for a discussion on his book, “Is Remote Warfare Moral? Weighing Issues of Life and Death from 7,000 Miles,” on Tuesday, July 12, 2022, at 7 PM.

In the 21st century, we have come to rely more on remote warfare—drone strikes, targeted killings, and other tactics—to conduct our military business and avoid sending “boots on the ground.” And targeted killings of Iranian high government official General Qasem Soleimani and US citizen Anwar al-Awlaki have caused international outrage. Air Force Officer Joseph Chapa, who also has a doctorate in moral philosophy, takes a big step back and considers the most fundamental question: is it the right thing to do—and if so, why?

Joseph O. Chapa is a lieutenant colonel in the US Air Force, he is the Air Force's lead ethicist for artificial intelligence, and he leads the Department of the Air Force's Artificial Intelligence Cross-Functional Team. He holds a PhD in philosophy from the University of Oxford. His areas of expertise include just war theory, military ethics, and especially the ethics of remote and autonomous weapons. His doctoral research investigates an individual rights-based account of just war theory. He is a senior pilot with more than 1,400 pilot and instructor pilot hours, many of which were flown in support of major U.S. combat and humanitarian operations.