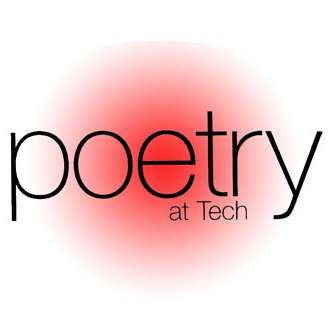 Bruce McEver started writing in workshops in New York City with Hugh Seidman, Pearl London, Katha Pollitt, Brooks Haxton, David Lehman, and J.D. McClatchy. He has taken writing seminars at Sarah Lawrence College with Thomas Lux and Kevin Pilkington and, most recently, was a summer residency student at the M.F.A. Program for Writers at Warren Wilson College, where he worked with Stephen Dobyns. His poems have appeared in Ploughshares, Westview, The Berkshire Review, The Cortland Review, The Connecticut River Review, The Chattahoochee Review, and The Atlanta Review. He works in New York City and lives in Salisbury, Connecticut on Utopia Farm.

Chelsea Rathburn is the author of "Still Life with Mother and Knife," forthcoming from Louisiana State University Press in February 2019. Her two previous poetry collections are "A Raft of Grief" and "The Shifting Line."  Her poems have appeared in Poetry, The Atlantic Monthly, The Missouri Review, The Southern Review, New England Review, and Ploughshares, among other journals. In 2009, she received a poetry fellowship from the National Endowment for the Arts. A native of Miami, Florida, Chelsea now lives in the North Georgia mountains, where she directs the creative writing program at Young Harris College.

Juan Felipe Herrera is the 21st Poet Laureate of the United States (2015-2016) and is the first Latino to hold the position. From 2012-2014, Herrera served as California State Poet Laureate. Herrera’s many collections of poetry include "Notes on the Assemblage"; "Senegal Taxi"; "Half of the World in Light: New and Selected Poems," a recipient of the PEN/Beyond Margins Award and the National Book Critics Circle Award; and "187 Reasons Mexicanos Can’t Cross The Border: Undocuments 1971-2007". He is also the author of "Crashboomlove: A Novel in Verse," which received the Americas Award. His books of prose for children include: "SkateFate, Calling The Doves," which won the Ezra Jack Keats Award; "Upside Down Boy," which was adapted into a musical for young audiences in New York City; and "Cinnamon Girl: Letters Found Inside a Cereal Box." His book "Jabberwalking," a children’s book focused on turning your wonder at the world around you into weird, wild, incandescent poetry, is forthcoming in 2018. Herrera is also a performance artist and activist on behalf of migrant and indigenous communities and at-risk youth.