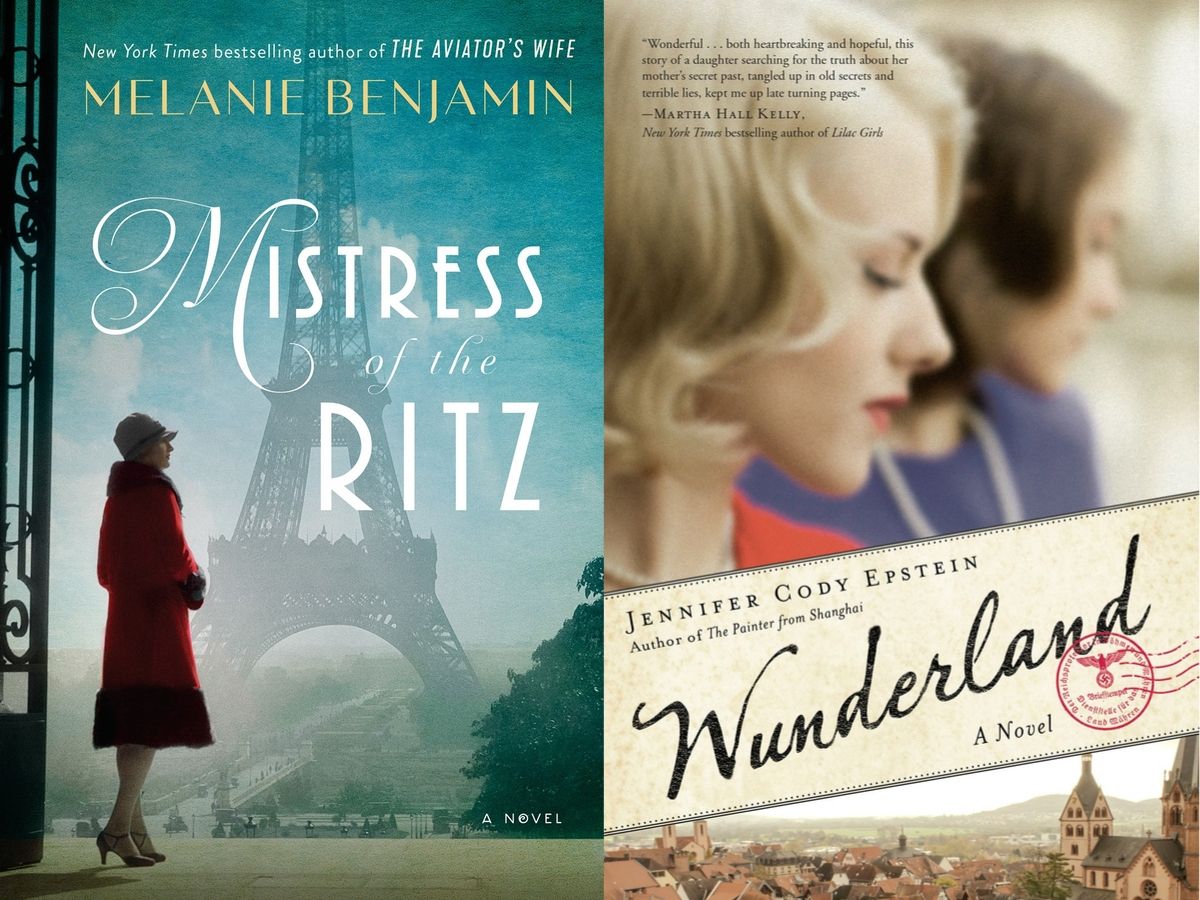 Two bestselling historical fiction writers, Melanie Benjamin and Jennifer Cody Epstein, bring their new novels to the Book Festival of the MJCCA. They will be in conversation with Kate Whitman, Vice President of Author and Family Programs at the Atlanta History Center.

About Melanie Benjamin and "Mistress of the Ritz"

Melanie Benjamin is the New York Times bestselling author of "The Girls in the Picture," "The Swans of Fifth Avenue," "The Aviator’s Wife," "The Autobiography of Mrs. Tom Thumb," and "Alice I Have Been." Benjamin lives in Chicago, where she is at work on her next historical novel.

A captivating novel based on the story of the extraordinary real-life American woman who secretly worked for the French Resistance during World War II—while playing hostess to the invading Germans at the iconic Hotel Ritz in Paris—from the New York Times bestselling author of "The Aviator’s Wife" and "The Swans of Fifth Avenue."

In March 1940, the Nazis sweep Paris and immediately take up residence in one of the city’s most iconic sites: The Hotel Ritz. There, under a roof legendary for its unprecedented luxury and for its fabled residents—including Coco Chanel, the Duke and Duchess of Windsor, Cole Porter, Hemingway, Balanchine, Doris Duke, F. Scott Fitzgerald, and now Hermann Göering—the Nazis rule over a paralyzed city.

But two residents of the Ritz refuse to be defeated: its director, Claude Auzello, and his beautiful American actress wife, Blanche. They not only oversee the smooth workings of the hotel, but both Blanche and Claude throw themselves fearlessly into the dangerous and clandestine workings of the French Resistance.

This is a true-to-life novel of a courageous woman and her husband who put their marriage—and ultimately their lives—in jeopardy to fight for freedom. Intimate, fearless, and moving, it spins a brilliantly and unforgettably vivid human portrait at a time of unimaginable crisis and sacrifice.

About Jennifer Cody Epstein and "Wunderland"

Jennifer Cody Epstein is the author of the international bestseller "The Painter from Shanghai," and "The Gods of Heavenly Punishment," and winner of the 2014 Asian Pacific Association of Librarians Honor award for outstanding fiction. She has written for The Wall Street Journal, Vogue, Self, Mademoiselle, and many others. She has an MFA in fiction from Columbia University and an MA in international affairs from the Johns Hopkins School of Advanced International Studies. She lives in Brooklyn with her husband and two daughters.

An intimate portrait of a friendship severed by history, and a sweeping saga of wartime, motherhood, and legacy by an award-winning novelist.

It’s 1989 in New York City and Ava Fischer is a mess: she’s broke, her teenage daughter is barely speaking to her, and her estranged mother’s ashes have just arrived from Germany by mail. Things were never easy between Ava and her mother, Ilse. Throughout Ava’s childhood in Germany, first in an orphanage after WWII and then in Ilse’s care, too many unspoken secrets hovered between them: Who was Ava’s father? Why won’t her mother tell her anything about him? And what exactly was Ilse doing during the war? In a trove of unsent letters that arrive with Ilse’s ashes, written to Ilse’s childhood best friend, Renate, Ava begins to find her answers, sending her spiraling deep into the past of the mother she never truly knew.

It’s 1933 in Berlin. Two young girls, Renate and Ilse, meet at school and become inseparable friends. Bonded by their mutual bookishness, Ilse is the confident mischief-maker to Renate’s brainy klutz. But as the Nazi party tightens its grip on the city, the two girls find their friendship torn apart by the Nuremberg Laws. As Ilse is increasingly drawn in by the Hitler Youth movement and its promise of a Germany restored to greatness, Renate is forced to confront a family secret long since buried, and leaving one friend catastrophically betrayed by the other, with reverberations that will be felt for generations to come.