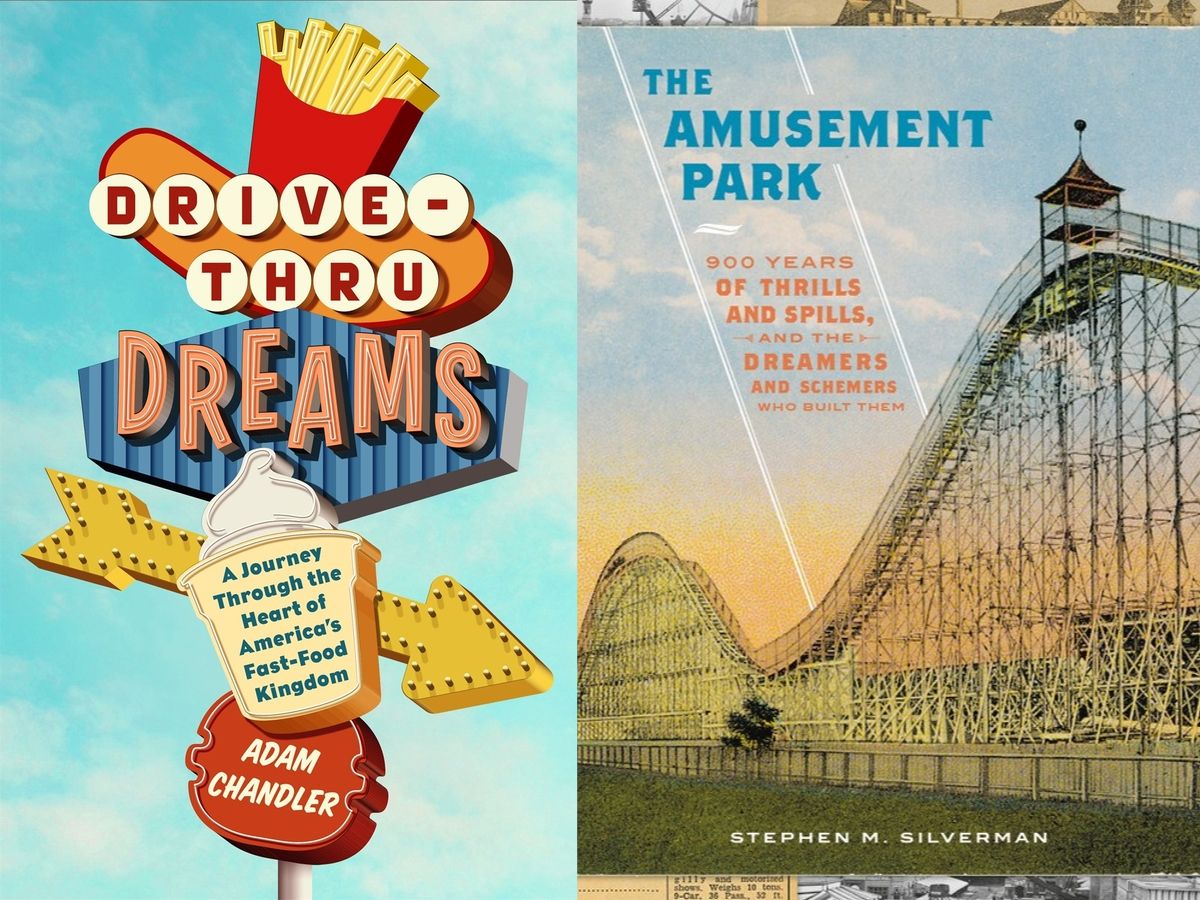 Experience American nostalgia through the fast food industry and amusement parks. Adam Chandler and Stephen Silverman will be in conversation with Jimmy Baron, former media personality of DAVE FM, at this 28th Edition of the Book Festival of the MJCCA event.

About Adam Chandler and "Drive-Thru Dreams"

Adam Chandler is a writer and journalist based in Brooklyn. A former staff writer at The Atlantic and Tablet Magazine, his work has appeared in the New York Times, the Wall Street Journal, Texas Monthly, New York Magazine, Slate, Esquire, and elsewhere.

If Chuck Klosterman of "Sex, Drugs, and Cocoa Puffs" were to take on the fast-food industry and its inextricable link to American nostalgia throughout the 20th and 21st centuries.

Most any honest person, no matter how refined the palate or how anointed the social status, can own up to harboring at least one fast-food guilty pleasure. One item against which their resistance is useless and their fealty is set.

We tend to think of fast food as corporate and impersonal. And for good reason. But, in unexpected ways, fast food is also deeply personal. After all, the only inherited rite in America might just be mainlining French fries beneath the comforting fluorescence of an anonymous fast-food dining room. "Drive-Thru Dreams" by Adam Chandler tells the personal and contemporary story of America, its innovations and failures, its international charisma, and its regional identities through its beloved roadside fare. Fast food's menus, mass appeal, and blue-collar roots, offer a reflection of a century of national life explained by American habits, desires, economic realities, and political identities.

We are all too familiar with the dark underbelly of the fast-food kingdom, but it is also symbolic of what we mean to be: democratic, efficient, and accessible to the masses. A sharp contrast to "Super Size Me" and "Fast Food Nation," Chandler’s insightful and hilarious cultural study with "Drive-Thru Dreams" shows that the fast-food industry, though imperfect, reflects much of what makes us Americans.

About Stephen Silverman and "The Amusement Park"

Stephen M. Silverman is a 20-year veteran of Time, Inc. and was the founding editor of People.com. He is the author of "The Amusement Park" as well as "The Catskills: Its History and How It Changed America" among many other titles. His work has appeared in Esquire, Harper's Bazaar, the New York Times, the Times (London), Vogue, and the Washington Post. He lives in New York City.

Experience the electrifying, never-before-told true story of amusement parks, from the middle ages to present day, and meet the colorful (and sometimes criminal) characters who are responsible for their enchanting charms.

Step right up! "The Amusement Park" is a rich, anecdotal history that begins nine centuries ago with the "pleasure gardens" of Europe and England and ends with the most elaborate modern parks in the world. It's a history told largely through the stories of the colorful, sometimes hedonistic characters who built them, including:

And, of course, this is a full-throttle celebration of the rides, those marvels of engineering and heart-stopping thrills from an author, Stephen Silverman, whose life-long passion for his subject shines through. The parks and fairs featured include the 1893 Chicago World's Fair, Coney Island, Steeplechase Park, Dreamland, Euclid Beach Park, Cedar Point, Palisades Park, Ferrari World, Dollywood, Sea World, Six Flags Great Adventure, Universal Studios, Disney World and Disneyland, and many more.