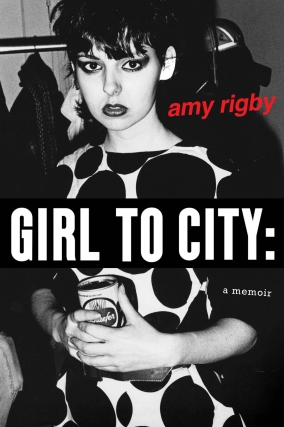 For this special edition of Writers at the Wrecking Bar, singer-songwriter Amy Rigby, who has garnered wide critical acclaim since her 1996 solo debut, Diary of a Mod Housewife, will discuss her new memoir, Girl to City, a poignant and unflinching story about coming of age through music and motherhood in 20th century New York. Rigby will perform a short musical set followed by a conversation with music writers and Creative Loafing Atlanta podcast host, Chad Radford.

Girl to City follows one young woman's progression from Elton John fan in the Pittsburgh suburbs to Manhattan art student; from punk show habitué to fledgling musician to cult singer-songwriter who caused a sensation with 1996 debut solo album Diary Of A Mod Housewife.

Set in a ramshackle twentieth century New York world of homemade clubs and bands, through love affairs, temp jobs and motherhood, Girl to City describes the screw-ups and charmed moments it took for a girl in the crowd at CBGB to pick up a guitar and sing her truth on stage, creating an identity as an artist back when female musician role models were still rare. For anyone who ever imagined trying to make a life out of what they love.

Amy Rigby is a songwriter, musician and performer. Her most recent album The Old Guys was voted one of the top 100 albums of 2018 in the Pazz & Jop US music critics' poll, and single "The President Can't Read" was #1 in Rolling Stone's Real Life Top 10, March 2019. She plays her songs all over the world and lives with her husband and sometime duet partner Wreckless Eric in New York's Hudson Valley. When she isn't touring, she pours beer and sells books at The Spotty Dog in Hudson.

A Cappella Books presents Writers at the Wrecking Bar, a series of live author interview events showcasing some of the country’s freshest voices in literary and contemporary fiction, presented at our neighborhood brewpub. Each program includes writers in conversation with an arbiter of Atlanta’s book scene, giving the audience a chance to experience and participate in the Q&A, and get a signed copy of the book. Select events will feature performances by notable local musicians.