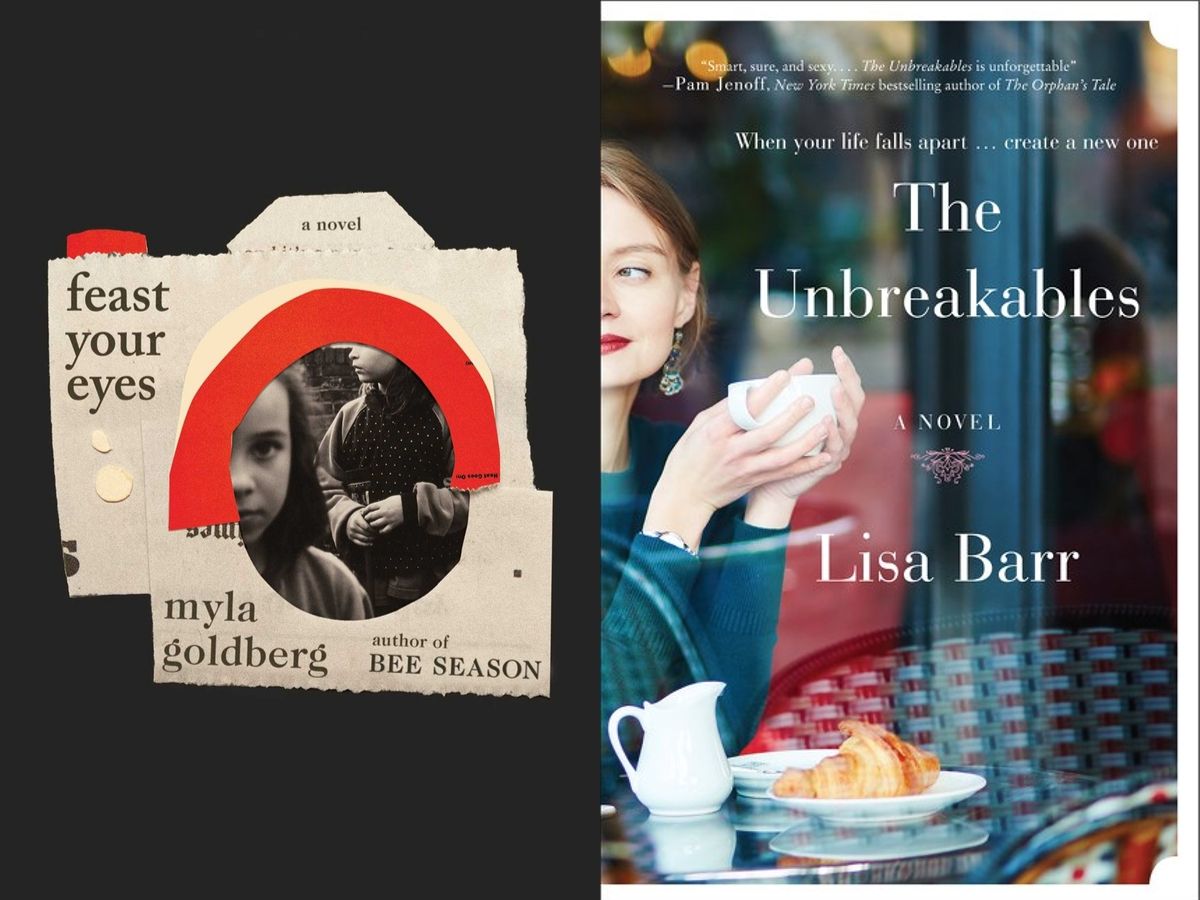 The 28th Edition of the Book Festival of the MJCCA presents the first novel in nearly a decade from Myla Goldberg and a provocative page-turner from Lisa Barr. Goldberg and Barr will be in conversation with New York Times bestselling author Jessica Handler.

About Myla Goldberg and "Feast Your Eyes"

Myla Goldberg is the bestselling author of "Feast Your Eyes," "The False Friend," "Wickett’s Remedy," and "Bee Season," which was a New York Times Notable Book, a winner of the Borders New Voices Prize, a finalist for the Hemingway Foundation/PEN award, and was adapted to film and widely translated.

"Feast Your Eyes," framed as the catalogue notes from a photography show at the Museum of Modern Art, tells the life story of Lillian Preston: “America’s Worst Mother, America’s Bravest Mother, America’s Worst Photographer, or America’s Greatest Photographer, depending on who was talking.” After discovering photography as a teenager through her high school’s photo club, Lillian rejects her parents’ expectations of college and marriage and moves to New York City in 1955. When a small gallery exhibits partially nude photographs of Lillian and her daughter Samantha, Lillian is arrested, thrust into the national spotlight, and targeted with an obscenity charge. Mother and daughter’s sudden notoriety changes the course of both of their lives and especially Lillian’s career as she continues a life-long quest for artistic legitimacy and recognition.

Narrated by Samantha, "Feast Your Eyes" reads as a collection of Samantha’s memories, interviews with Lillian’s friends and lovers, and excerpts from Lillian’s journals and letters—a collage of stories and impressions, together amounting to an astounding portrait of a mother and an artist dedicated, above all, to a vision of beauty, truth, and authenticity.

About Lisa Barr and "The Unbreakables"

Lisa Barr is the author of the award-winning novel, "Fugitive Colors," which won the IPPY gold medal for “Best Literary Fiction 2014” and first prize at The Hollywood Film Festival (Opus Magnum Discovery Award). In addition, Lisa served as an editor for the Jerusalem Post, managing editor of Today’s Chicago Woman, managing editor of Moment magazine, and an editor/reporter for the Chicago Sun-Times. Among the highlights of her career, Lisa covered the famous “handshake” between the late Israeli Prime Minister Yitzhak Rabin, the late PLO leader Yasser Arafat, and President Bill Clinton at the White House. Lisa is also the creator and editor of the popular parenting blog, GIRLilla Warfare. She has been featured on "Good Morning America," "Today," "Fox & Friends," and Australia TV for her work as an author, journalist and blogger. She lives in the Chicago area with her husband and three daughters (aka: Drama Central).

It’s Sophie Bloom’s forty-second birthday, and she’s ready for a night of celebration with Gabe, her longtime, devoted husband, and her two besties and their spouses. Dinner is served with a side of delicious gossip, including which North Grove residents were caught with their pants down on Ashley Madison after the secret on-line dating site for married and committed couples was hacked. Thirty-two million cheaters worldwide have been exposed…including Sophie’s “perfect” husband. To add insult to injury, she learns Gabe is the top cheater in their town.

Humiliated and directionless, Sophie jumps into the unknown and flees to France to meet up with her teenage daughter who is studying abroad and nursing her own heartbreak. After a brief visit to Paris, Sophie heads out to the artist enclave of Saint-Paul-de-Vence. There, for the first time in a long time, Sophie acknowledges her own desires—not her husband’s, not her daughter’s—and rediscovers with painful honesty and humor her essence as she reawakens her ambitions as a sculptor and her sensuality.

As she sheds her past and travels the obstacle-filled off beaten path, Sophie Bloom is determined to blossom. Allowing her true self to emerge in the postcard beauty of Provence, Sophie must decide what is broken forever...and what it means to be truly unbreakable.